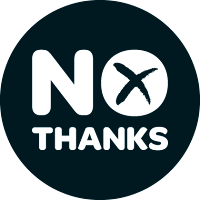 There are a lot of people out applauding Pickering City Council's decision to appoint rather than hold a by-election to fill the vacant Ward 3 council seat because - as the argument goes - holding a by-election serves no one because it's expensive, it'd be held during an inclement time of the year, and voter turnout is low. Why bother?

Well, when you put it that way - no wonder no one turns up to vote at *any* time. It sounds positively dreadful. Voting seems to be an awful inconvenience to be avoided at all costs.

Elections cost money. Worse? It costs taxpayer's money and no good comes from spending any money on something that somebody has to participate in. You have to pay people to set up the boxes, count the ballots, rent the spaces, publish the results. All, to elect someone who is ostensibly required to make the decision on how to spend taxpayer's money. If you could just bypass that whole election process, wouldn't that be better? Saves money. Cuts out the middleman.

You may have heard the old joke - Canada has two seasons, winter and July. Every election and by-election ever held in this country is at the wrong time of the year depending on who you ask. You can't hold them during the summer, because everybody's at the cottage. You can't hold them during the winter, because it might snow. Don't hold an election leading up to or immediately following a long weekend either because reasons. Don't hold an election close to another election happening elsewhere in the same or adjacent area.

By my count, there's about 4 hours in June ideal for an election in Canada.

If by this point, you've haven't been put off voting and you still mark an [X] - let me tell you, the odds are you're a rarity in voting. Or, at least that's what we're told. "Nobody votes!", "nobody participates!", "they don't teach civic responsibility in schools!" ...

We spend a great deal of time convincing people how awful elections are.
@ 2:13 PM No comments: