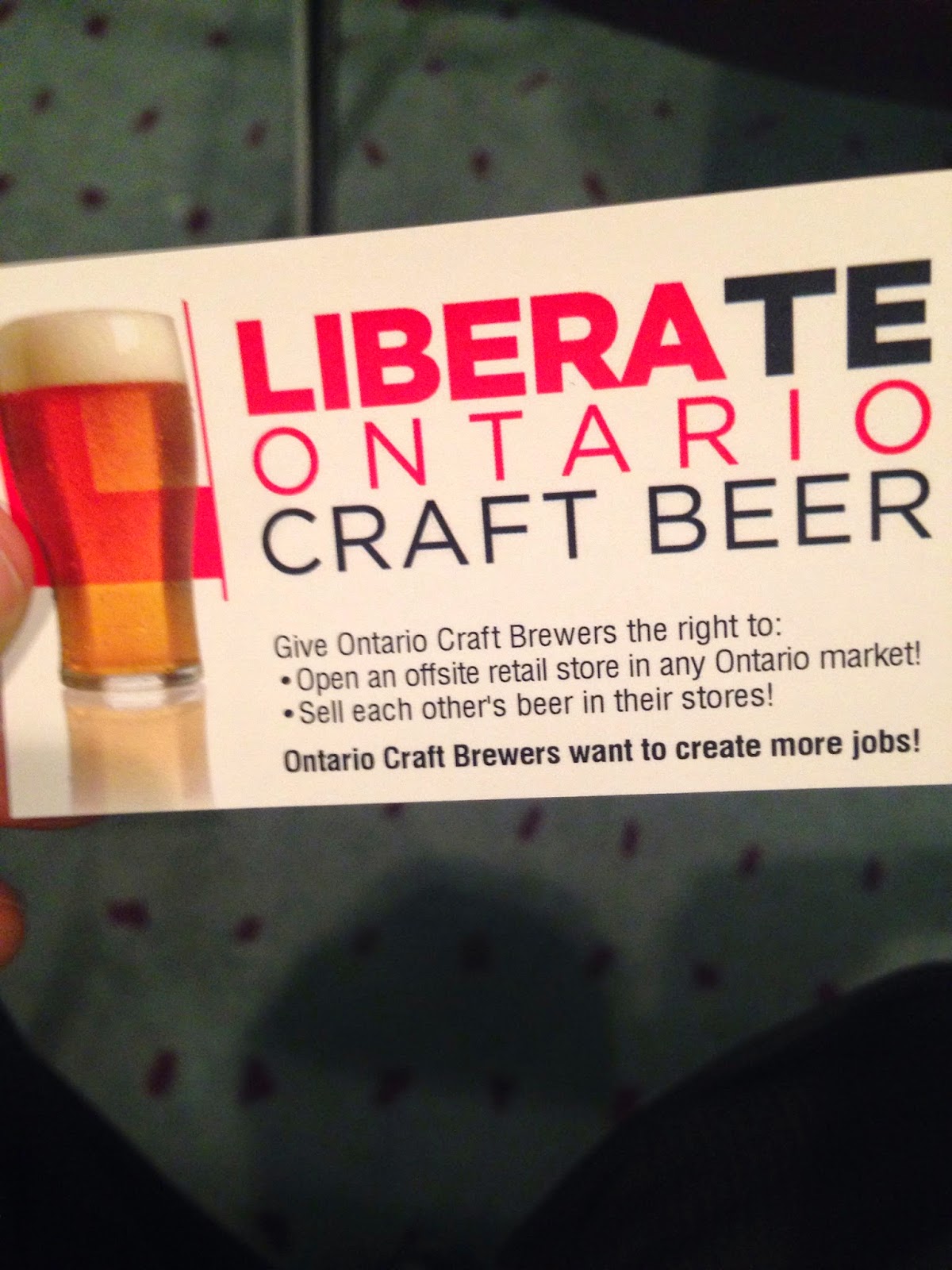 It's not often that two of my favourite things collide, but somebody got politics in my beer and beer in my politics.

People who know me, know that I enjoy trying and sampling new beer. I like variety and I think we're living in a tremendous time when lots of new craft beer options exist around the province.

In Ontario, there are two entities that are allowed to widely distribute alcohol - the government agency Liquor Control Board of Ontario (LCBO) and through a special arrangement with the LCBO, the Beer Store.


Under Ontario's Liquor Control Act, Brewers Retail is the only retailer permitted to sell beer for off-site consumption, except for stores on the site of a brewery, locations of the provincial government-owned Liquor Control Board of Ontario (LCBO), and LCBO-authorized agency stores in certain smaller communities.The act and the company's articles of incorporation further stipulate that Brewers Retail cannot sell "hard liquor" (spirits), or consumer goods (like groceries).

It has since been revealed that the Beer Store entered into a fairly lucrative arrangement with the LCBO via the Ontario Progressive Conservatives to be the number one provider of beer in the province. Essentially, the agreement binds the LCBO from selling beer in packages larger than six-packs.

Citizens were outraged, and the Ontario Liberal government vowed to review the agreement.

To get ahead of the story, the Beer Store proposed to change the agreement to allow small brewers a small part in ownership and a savings on listing fees for their products ... if they stop whining.

The problem? It doesn't change the fundamental problem with beer distribution in the province.

The three foreign-owned breweries that currently own the Beer Store (MolsonCoors, AB-InBev, and Sapporo) would still retain majority ownership status and thus would still enjoy majority control of the company. They'll be able to pay lip service to critics and the craft brewers that they did something. The foreign-owned breweries would retained 80% control of the board.

Distribution of craft beer at the "free" rate to member craft brewers would be limited to the five closest retail locations. If you're an Ottawa craft brewer, it will still cost you to distribute in a Toronto, Windsor or Thunder Bay Beer Store. Craft brewers with the means or desire to distribute beyond their local area of influence should be able to without government-imposed hurdles to do so.

The Beer Store should not be the sole private wide-area distribution network in the province. This agreement does nothing to eliminate this unfair arrangement.
@ 7:24 PM

It's a bag of marbles with a giant hole in it. Thank goodness the people are waking up to the sham that is the Beer Store.