It's no surprise that I'm supporting John Henry for re-election as Mayor of Oshawa. He's an incredible mayor.

New jobs, new industries, new development, a growing economy, home to great retail, and a vibrant community spirit. These are the hallmarks of John's tenure as mayor.

I'll let him describe the incredible growth the city has undergone Rick Mercer-style.

Those familiar with Oshawa politics would never suggest that it's boring. John has demonstrated constant leadership in controlling errant behaviour in council and defending the city against spurious claims that the council is acting in a secretive fashion.

John focuses solely on the well-being of the city and conducting the business of governance.

I do not often blog about Brant politics, but when I do, it's to support Danielle Takacs and her bid to secure the Liberal nomination in the riding.

Danielle is a community leader and a passionate Liberal. I've had the opportunity to meet her and hear her speak on the issues. As an advocate for the protection of Class 1 farmland in Ontario, I appreciate Danielle's firm support for Canada's farmers and the sustainability of Canada's local farmers.

If that weren't enough, she's a tireless advocate for veterans, Aboriginal rights, and strengthening local economies.

Danielle is a former Liberal blogger, Galloping Around the Golden Horseshoe, so she clearly understands the importance of citizen media and the role it plays in the communication of ideas.

You can read more about Danielle on her campaign website.

Brant would be well served by Danielle Takacs, not only as their Liberal candidate, but as their Member of Parliament.

Ontario's 2014 Municipal Elections - Who Can Vote Where? #onpoli

On October 27, all of Ontario's municipalities will hold elections to elect (or re-elect) mayors, councillors, and school trustees. In order to vote in the election, you must meet the two "standard" criteria - be at least 18 and a Canadian citizen.

Further, you must be eligible to vote in the municipality. Who is eligible?


1. Be a Resident Elector
Your residence is where you live. If you live in a municipality, then you are eligible to vote in that municipality’s election. You are only allowed to have one residence.

2. Be a Non-resident Elector
If you live in one municipality, and own or rent property in another municipality, you are eligible to vote in each municipality’s election.

That`s right. You do not need to be a resident of the municipality in order to be eligible to vote in their election. As a property owner or renter, you have the right to vote for the municipal government.

You can confirm you`re on the list of electors by checking VoterLookup.ca. Check both your residence and your non-resident property addresses. 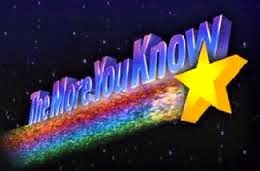 This September, the Liberal Party of Canada (Ontario) will hold its general meeting in Markham, Ontario. I have submitted my intent to stand as a delegate. The Liberal brand is strong in Canada - Justin Trudeau has energized Canadians.

Delegates to the meeting will elect a new executive.

I've known Jeff for a few years now, first through blogging and then through various Liberal events. Jeff is an extremely committed and passionate Liberal - and with no word of exaggeration - every picture I've seen of him working a campaign has him working phones, coaching volunteers, or rallying support around the candidate.

He has worked to keep the Liberal Party firmly grounded with the grassroots and with the blogging community. He has built a career out of writing and communicating - including contributions to the National Post - and has pushed the party to communicate open and transparently.