As we've previously reviewed on this blog, the Harper Government™ and their treatment of Canada's veterans is nothing short of disgusting. To suggest that the Conservative Minister for Veterans Affairs, Julian Fantino, is the worst Veterans Affairs minister Canada has ever had might be putting it mildly.

Adding repeated insult to injury, the promoted tweet advertise the very services unfairly denied, according to the military ombudsman.

I had not seen one of these promoted tweets, until I did a search on my own tweets about veterans. 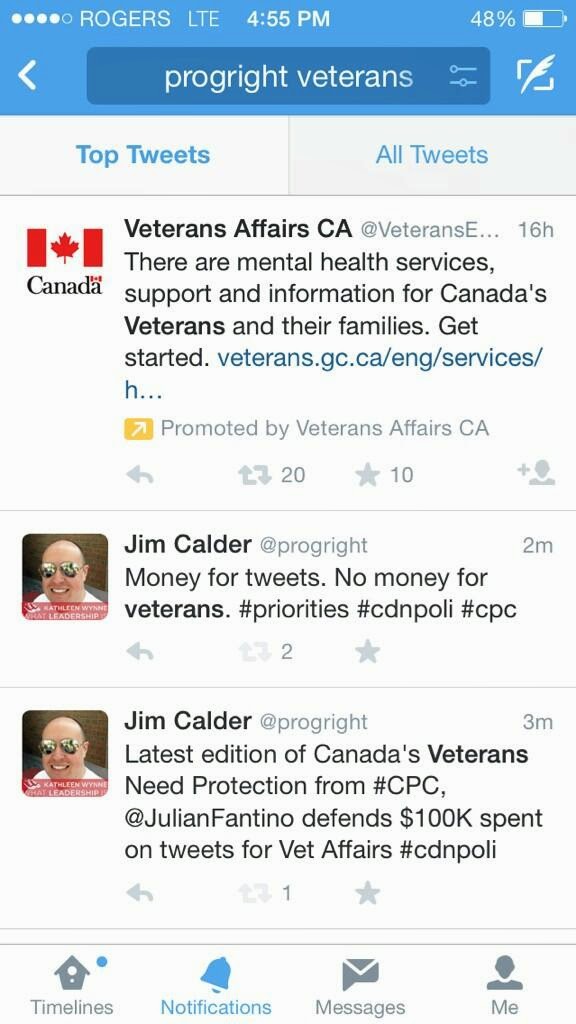 There's money for tweets, but no money for veterans.