Yesterday, the convention opened with a conversation about the economy between Toronto Centre MP Chystia Freeland and Larry Summers. An interesting discussion about the importance of the health of the middle class being the core principle to maintaining the economy. Mr. Summers made mention that this is more important than protecting the banks - it's likely true, but our banks are not at risk of failing the same way as American banks are due to a lack of vigorous regulation down south.

The theme of this convention will be the economy. Panels will be focused on reviewing economic growth and working to grow the middle class. The economic opening set the tone with lots of references to the fact that it's typically progressive and liberal governments that keeps the economy moving in rough times. The recent economic downturn could have been much worse, it was said, had progressive liberal governments not taken steps to prevent further weakening of the economy through loosening of financial regulations.

The conversation format worked well with the crowd - several references to Canada beating the US in "ice hockey".

Justin Trudeau took the stage next. The convention main hall was packed and standing room only - invitations to the public in neighbouring ridings to come and here him speak. This was deliberate. Every guest signed a contact card. He hammered home the message of overcoming the politics of division, that hope and hard work will overcome fear. We were then entertained by the antics of Justin's children, who joined us via Skype with Sophie. Xavier stole the show by showing what kind of acrobatics he could do in his living room. 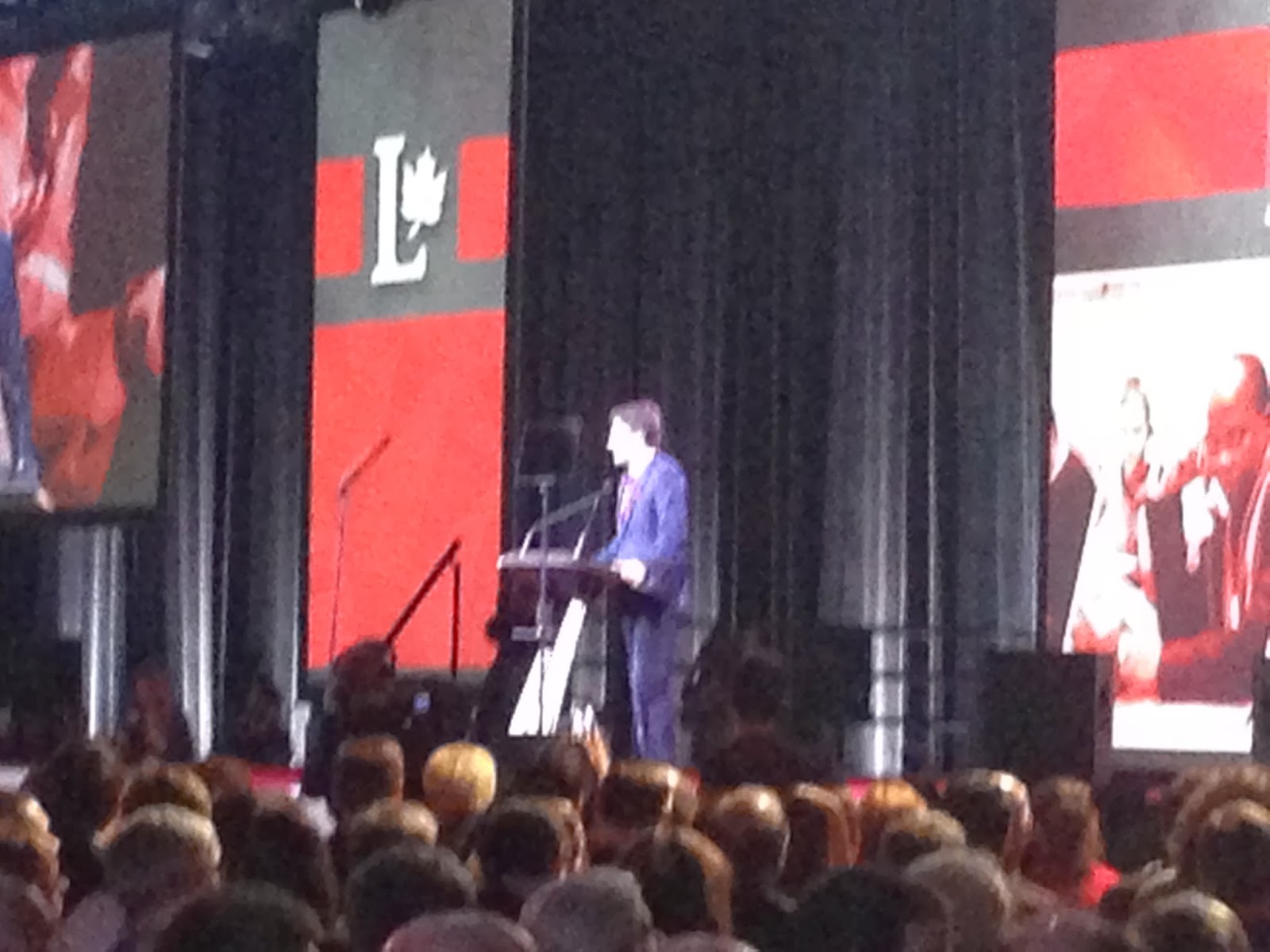 This morning, we were briefed by Jeremy Broadhurst, National Director of the Liberal Party of Canada. As National Director, Jeremy's role is create the structure to elect Liberals and to run the operations of the party.

We asked the questions - there were 6 (formerly) Liberal senators registered - I saw Art Eggleton. 2,500 delegates pre-registered and they're expecting that number to exceed 3,000 when registration opens today with walk-ins and those just registering at the door. Jeremy is pleased with the turn out. 161 policy resolutions will be debated by these delegates over the course of the weekend. 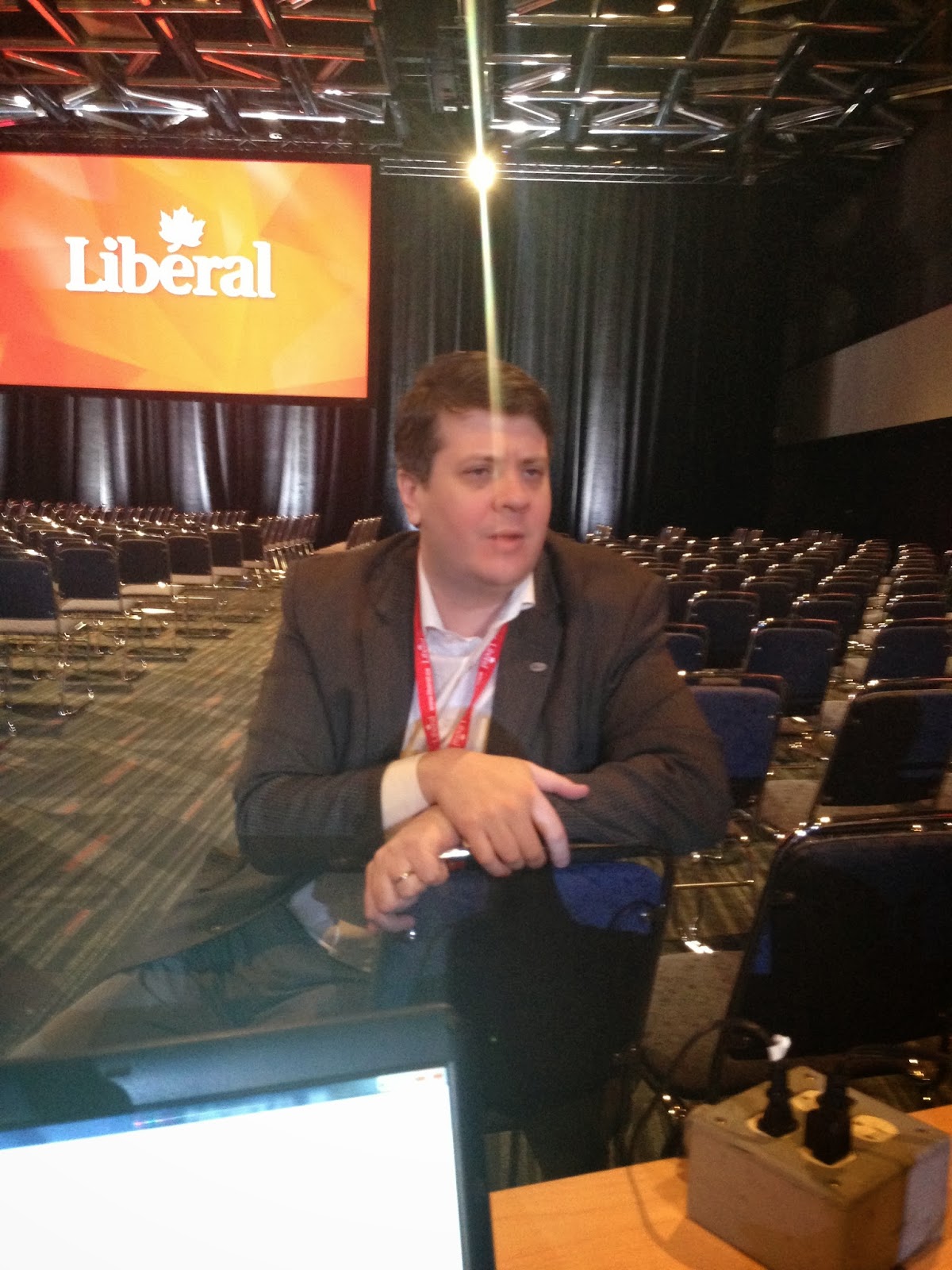 On blogging, Jeremy believes that the Liberal Party needs to be open and transparent. Blogs, along with the traditional print and online media, plays a role in getting the Liberal Party message out and showcases the openness and transparency of the party. Even unaffiliated bloggers help spread the message although likely unintentionally.

Spoke briefly about selfies with Broadhurst. Jeremy is a new user to Twitter, so making him appear all over Twitter is the goal of the convention.

We also learned the identities of the observers from other parties.

The Green Party has sent a staffer, and there is no Bloc Québécois representation.

I`ll be back later with a Day Two recap. Keep an eye on Twitter and my coverage page.
@ 9:37 AM