Ontario PC MPP (and aspiring leader) Lisa MacLeod called elections an affront to democracy. Also, acting leader Tim Hudak's job is safe even if they fail to win a single seat in upcoming by-elections. I didn't think it was up to a different MPP to decide that. She's not even the Ontario PC president.

Toronto city councillor Doug Holyday is mulling the opportunity to run for the Ontario Tories in Etobicoke-Lakeshore. I wonder if anybody has told the nominated candidate, Steve Ryan, that. Here he is, with aspiring leader Lisa MacLeod. "Steve Who" is his official nickname in PC circles right now. 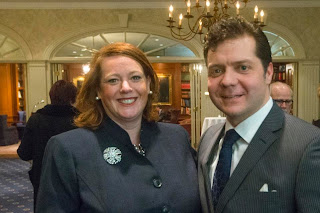 London West PC candidate Ali Chahbar latest campaign shot shows him sporting ... Red? And, a thunder stick for Liberal candidate Doug Ferguson? Why does he get this right, but provincial politics so wrong? 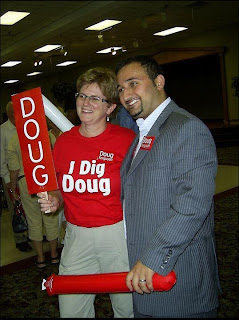 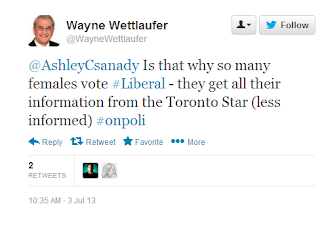