Tonight, Kathleen Wynne, candidate for the leadership of the Ontario Liberal Party, held a conference call for Liberal bloggers. It was a great opportunity for us to hear directly from Kathleen. Several bloggers attended - the ones I remember right now - Scott Tribe (Scott's DiaTribes) and Kyle Hutton (Blunt Objects). There were some other participants, but they were shy (if you're reading this, leave a comment and I'll update this post). 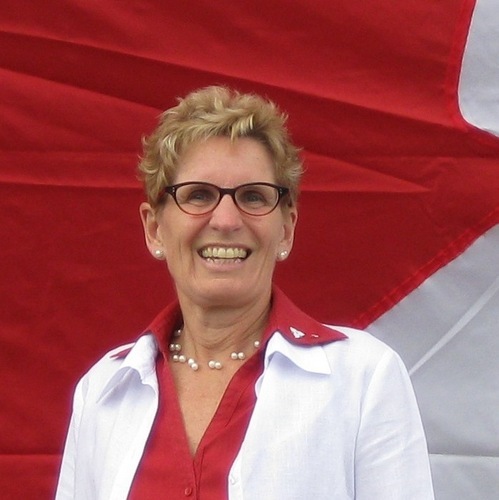 Kathleen used the opportunity to showcase her ideas for party renewal in a premail to the attendees. She's developing a strategy that I think mirrors some of the structure of the federal party. She's proposing an independent(ish) executive, with regional executive representation. Also, she's committed to review the financial relationship between the central party and the riding associations in unheld ridings.

I don't have a lot of opinion on the structure of the Ontario Liberal Party as I'm still fairly new to it, but I think when it comes out, it'll bring lots of good debate for Liberals.

Once she discussed her plan, the call was opened up to questions from attending bloggers.

Highlights of the conversation:

The University of Ottawa Conservatives are notably excited by the prospect of buying cheaper booze in Ontario. I've noticed one other university student tweet touting the benefits of cheaper alcohol in Ontario if students vote for Tim Hudak's Conservatives. Cheap alcohol is one way to motivate youth to vote.

I'm not a prude, by any stretch - but, one of the chief arguments against increased availability of alcohol is with regard to youth consumption in the province.

I wonder how this will play up in a debate? Is this an official Conservative campaign talking point?
@ 12:57 PM 4 comments: