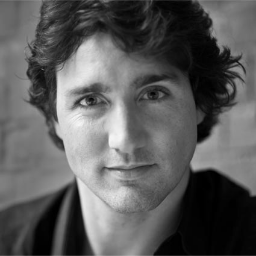 I support Justin Trudeau for leader of the Liberal Party of Canada.

For the record, this will be my second* Liberal leadership campaign as a federal Liberal.

What Canada lacks is energy and a spirit in its leadership and its future governance. We're saddled with a government that we don't deserve - we have an electorate too angered by the actions of previous politicians that it's allowed a lazy, regressive Conservative Party to take power and cement itself as the "new normal". A government, that campaigns on accountability, fiscal responsibility, and order, but delivers the opposite - lies, confusion, and a record debt. A government, that campaigns on maintaining the status quo, but forever wants to creep into the bedrooms of the nation.

Stephen Harper once said, "Canada's back."