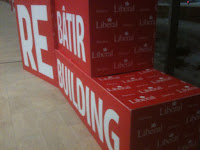 One of the oft-repeated refrains from the last elections from those who would vote Liberal was that they couldn't vote Liberal because of who Liberals voted as leader. It was because Liberals chose Paul Martin as leader or Stéphane Dion or Michael Ignatieff ... Why couldn't we just select a leader they could vote for?

Now, the Liberal Party has made it possible for Liberal supporters to engage directly with the party and vote to select the next leader. No risk and no fuss.

I admit - I voted against this resolution at the convention. I supported the idea of recognizing Liberal supporters within the party wholeheartedly, but could not support the notion they should be able to participate in leadership contests.

Well, I was in the minority.

We've entrusted you to join with us to help shape the party - shape the direction of the leadership.

I think the delegates which voted no to the primary system didn't take this into account - if we're supporting yes on the first question, you certainly need a mechanism for them to show that support.

Then the party is privy to your email and can hound participants for cash later.

The rules will have to be definitely defined - online voting, potentially.

Election of member delegates hasn't needed to be a true election in a long sense, but it may need to include rules for allowing supporters to voice support for delegates supporting certain leadership candidates.

Or, amended to allow a certain number of supporters to vote into the convention to vote for leader.

I mean, there's other convolutions - supporters cannot vote for riding candidates. So, even if you have a lot of support among "supporters", but not members, you may find it hard to run in a riding.

What I think Liberal members should concern themselves with is that supposed Liberal supporters (Hardcore Stephen Harper fans for example) would participate solely for the goal of sabotage by deliberately ensuring that an unelectable leader get in.