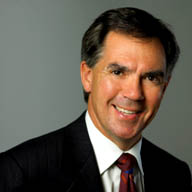 I believe Jim Prentice is leaving politics temporarily. Typically, but not always, leading contenders have distanced themselves from the party they want to lead so as not to be associated with a rival camp or with a party's lagging fortunes.

Stephen Harper's growing inability to reach Progressive Conservatives continues to be his biggest liability - his pandering for Western votes with meaningless bobbles and trinkets is wearing thin with the Reformers and not reaching the rest of Canada.

In fact, the Conservative coalition is asking itself the very question - what makes Stephen Harper's government conservative?

In the best case scenario, a Stephen Harper-led Conservative Party will maintain its 30%-ish support and pull off another minority government in the next election. Third time's the charm and the coalition will realize that Stephen Harper is not the Conservative to make inroads into Central and Eastern Canada.

For one, he doesn't immediately draw criticism from his Conservative colleagues. He supports the Conservative Party, despite being at odds with some of it's more socially conservative ideals.

For two, he doesn't immediately draw criticism from his Opposition colleagues and their supporters. His positions as a minister in various portfolios under Stephen Harper notwithstanding, no one comments that Jim Prentice is a poor or embarrassing Member of Parliament or that he holds radical views on any issue that make him a danger to the country.

Thirdly, he doesn't draw criticism from Conservatives that were jilted by the merger. He campaigned for it and he's a Progressive Conservative. I don't think Joe Clark, Kim Campbell, or Garth Turner will pop up at election time to feed fodder to Opposition talking points.

Finally, he wins votes in the West, he can manage the socially conservative wing and keep it from radicalizing Conservative policy and it's hard to attack a guy that everybody respects. With the possible exception of Bernard Lord, this largely rules out everybody else that would throw their hat in the ring.

On two fronts, this is exciting news for me ...

As a Liberal, I'm excited by the prospect that Jim Prentice will not be carrying the Conservative banner during the next election, and like Scott, hope some radical two-guns-a-blazing yahoo gets nominated in his place. Love the prospective soundbites!

As a former Conservative, the prospect of having another option is always good for democracy.
@ 11:23 AM