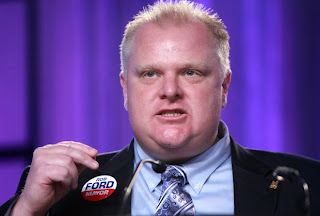 In a recent interview with Examiner.com, former Etobicoke councillor Rob Ford fashioned himself a social liberal.

Here's his socially liberal opinions. I excluded the ones where he was drunk.

On the sanctity of life: