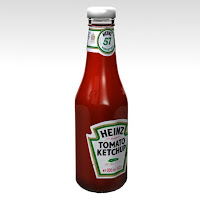 So, I go away for a couple of weeks and there are a lot of things going on.

1) Blair Wilson is the first Green Party MP to sit in the House of Commons. I want to talk more about this a little later; this is significant. This bit of news glued me to the CBC Sirius channel while on the road.

2) Call it a hunch, but I don't think we're heading for an election soon. I know Stephen Harper and all he has accomplished, and I know he will not dissolve Parliament before October 2009 -- because fixed election dates stop leaders from trying to manipulate the calendar.

4) Barack Obama is right - who cares if Palin's daughter is pregnant? John McCain's got plenty of problems that are fair game - Sarah Palin included.

5) Another by-election in September was called. On September 22, 2008, voters will go to the polls in Don Valley West. I've updated my by-election section coverage at the top right. Get out and support Rob Oliphant.
@ 8:49 PM