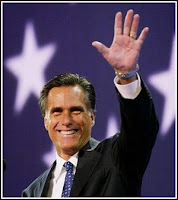 Some of you have noticed on the right hand side of my blog I have a Newsvine Election 2008 widget that let's you vote for your candidate of preference in the United States presidential race. It tallies the votes for visitors to this site, as well as my Newsvine site.

Right now, Barack Obama has 50% of all votes, with an even split of 13% between Mitt Romney, Al Gore, John McCain, and John Edwards.

Not a Hilary Clinton vote in sight.

Interesting to note too, that of all Newsvine readers, Barack Obama leads with 33%, with Ron Paul second at 17%. Hilary comes in third with 12%, followed by John McCain at 7%.