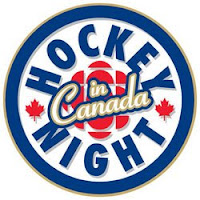 There's lots of news about CTV picking up the rights to the Hockey Night in Canada theme song, snatching it away from the CBC.

Probably lost in all of this shuffle was that CBC picked up the rights to air Wheel of Fortune and Jeopardy some months ago away from CTV (although it seems CTV gave them up).

Among US shows, the CBC has acquired the Canadian rights to Jeopardy! and Wheel of Fortune from CBS Paramount International Television after rival CTV decided to give them up. They will premiere in fall 2008. Neither game show airs nationally on CTV - Jeopardy! is not seen in Vancouver and Montreal, and Wheel only airs on the A-Channels in Ontario, plus CTV Manitoba and CTV Saskatchewan - so gauging their popularity is difficult. Layfield said she will simulcast Jeopardy! nightly as a lead-in to the network's prime-time offerings. Wheel of Fortune will air at 5:30 pm nightly to help boost viewership for local supper-hour newscasts.

I'm not sure who's the winner, really - presumably CBC will air both shows nation-wide.

For those of us who currently receive American channels, we can already watch Wheel of Fortune and Jeopardy.

I would have suggested that the CBC fight a little harder for the theme song.
@ 7:17 PM