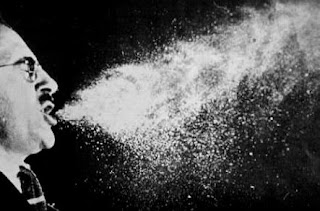 I mentioned previously that this cold season is the worst ever - this is my third in two months (my fifth all winter) or it's just one big cold and I merely went into remission for small periods in between.

I have a question to the drug companies that make cold remedies. Actually, it's the same question I have to those that make allergy remedies, too. I guess I'll kill two birds.

Why do the drugs you make that relieve my symptoms only do so when they also knock me out? For my one week spat of allergies in May and in September, only Benadryl works, but then I'm in a coma for about 5 hours. For my cold, only Tylenol Cold nighttime does anything - but then, I'm also knocked unconscious. For comparison purposes, Tylenol Cold daytime doesn't cut it - it keeps me more alert, but I still feel the cold heavy.

The non-drowsy allergy remedies do not work either. Pharmacists tell me you have to wait two weeks for them to kick in, but I want relief now. In two weeks, my allergy shots have kicked in.

So, the big question is, what's the point of relieving my symptoms if I have to be unconscious to enjoy it? I don't take NyQuil, but I've heard rave reviews. How do you know it works so great if you're passed out in your corn flakes?

Email ThisBlogThis!Share to TwitterShare to FacebookShare to Pinterest
Labels: life