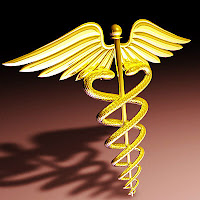 Another Canadian is denied public health care due to his residency.

An Alberta doctor says her now-deceased patient was denied treatment last month because he was from Saskatchewan.

However, other health officials say they weren't aware of the seriousness of the man's condition.

Medicine Hat general practitioner Alison Cameron said she tried to transfer a man, who was from the small town of Leader, Sask., to Calgary when he suffered a heart attack after breaking his hip.

However, the transfer didn't take place and the man died.

"What they told me was there was that there were people in Alberta waiting for those beds, so they weren't willing to give them to Saskatchewan," she said.

Medicine Hat, Alberta, is 160 km away from Leader, Saskatchewan. The nearest large centre in Saskatchewan - Saskatoon - is 284 km away. Moose Jaw is 324 km.

In the previous case, an Ontario musician was denied Ontario health care coverage because he did not pass the Ontario requirement for residency length.

Residency should not be a prerequisite to receiving health care.