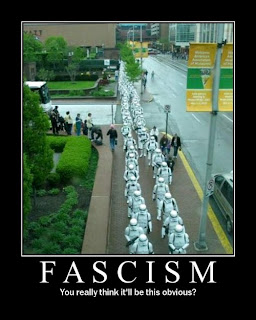 Jane Taber tells us that the proposed changes to the income tax act to deny the CanCon tax credit was originally introduced by the Liberals [Globe & Mail, Liberals moved first to limit film tax relief]:

The Liberals acknowledged yesterday that they tried when they were in office to eliminate tax credits for offensive movies, but only to prevent a film about schoolgirl killers Paul Bernardo and Karla Homolka.

Yesterday, former Liberal heritage minister Sheila Copps recalled that the Chrétien government drafted guidelines in 2003 that would prevent accreditation of a film about the couple who kidnapped, tortured and killed two Ontario schoolgirls.

That smells like censorship. The previous government wanted to deny the credit due to the content of the production. You could argue that the content of a production was extremely tasteless - anything involving Paul Bernardo and Karla Homolka would be impossible for me to stomach - but, where do you draw the line?

Again, if you think abuse is likely - eliminate the tax credit for all productions. Foreign-produced ones, too.

Marjory LeBreton, Leader of the Government in the Senate, lashed back at Liberal Senator Francis Fox, who was questioning the government's intent regarding the amendment: "If Liberal senators are offended by the fact that we should not be protecting minority groups and child pornographers - that is, if they think we should be giving them free rein - they have every right to address that in the committee and move an amendment. We will then see what happens when it goes back to the House of Commons."

Senator LeBreton's comment about giving artists "free rein" certainly suggests she advocates for some level of censorship. As well, she comments that allowing this so-called free rein will lead to the exploitation of minority groups and children.

It certainly flies in the face of those supporters that claim this is not censorship - they argue these items could still be produced - just not on the taxpayers' dime.
@ 9:52 PM

Yeah, is censorship. I agree...get rid of all tax credits. At least that would be fair and productions would survive on their economic viability alone.

What I also don't understand is that people are throwing out that you can get a tax credit for producing "illegal" material. They're arguing that there is nothing in the tax code to prevent it ...

Can I get a tax credit for my lock pick set, if I list my occupation as a "burglar"?