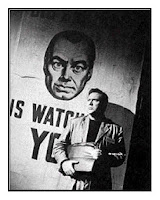 I think the proposed changes to how federal tax credits are paid out to film and television productions - smelling entirely of socially conservative-based censorship - displays clearly how the Conservative party is not a fiscally conservative political option in Canada [Toronto Star, Tax credit changes are ominous for local film industry]:

An impending change to federal government guidelines on tax credits for movies and TV shows is a threat to artistic freedom and financial stability, critics say.

A tax bill amendment – now before the Senate and poised to become law – revises criteria to exclude tax breaks for shows that bureaucrats regard as offensive or not in the public interest.

Tax credits – approved by the heritage and justice departments after a film is completed – are a vital part of the production process. They're part of the budget plan producers take to lending institutions for up-front financing before filming begins.

If this so-called Conservative government felt that tax money was being used to improperly fund movie and television projects that do not reflect "real Canadian values", it would eliminate the tax credit in its entirety - that would be the fiscally conservative thing to do. That would leave the market to entirely decide which productions got made. It would likely kill all Canadian-based productions, but it would be ostensibly "fairer".

Instead, it is going to strengthen the bureaucratic layer that approves and reviews the tax credit eligibility - creating a class of "activist bureaucrats" - which is an entirely socially conservative thing to do.

Further, this change will not entrench morality within the law as social conservatives want. It will position it within a temporary bureaucracy - changed when the government changes. Especially since final word resides with the Heritage Minister.

And, the government will change.

Well said Jim. Imagine the look on the so-cons faces when a future government uses this to deny funding to anti-abortion or pro-Christian movies.

They are morons because the tax credit is an industry incentive that has resulted in the growth of this sector. The Tax Credit is based on labour expenditures -- the more jobs for Canadians a production creates, the higher the tax credit. And given that having a Canadian broadcast license and/or distribution agreement in place to access the credit, I would definitely call it a market driven government incentive.