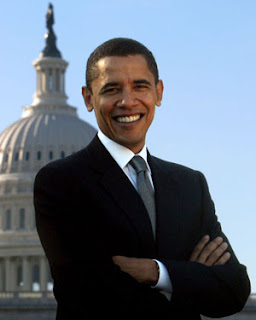 I was originally a John Edwards supporter - whatever that means being a Canadian - but have since moved to Barack Obama.

Daily Kos has a nice run down of Barack Obama's legislative accomplishments. They are summarized as follows:

Senator Obama has sponsored or co-sponsored 570 bills in the 109th and 110th Congress.

Senator Obama has sponsored or co-sponsored 15 bills that have become LAW since he joined the Senate in 2005.

Senator Obama has also introduced amendments to 50 bills, of which 16 were adopted by the Senate.

In addition, Daily Kos also runs down a comparison of the legislative successes between Barack Obama and Hillary Clinton here:

Finally, Obama appears to have a better record last year in the Senate on getting his bills and amendments passed than does Clinton. I've listed everything that passed the Senate for each [of] them at the end in boxes. But check out Thomas.loc.gov for yourself. I may have missed something.