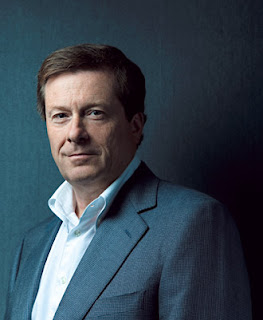 I continue to support and endorse John Tory as the leader of the Ontario Progressive Conservative Party.

I supported John Tory over Jim Flaherty and Frank Klees for the leadership of the Ontario Progressive Conservative Party. I carried a sign, I still have my 4-not-8 t-shirt.

John Tory is the right kind of conservative to lead this party, and we should not let this electoral defeat derail the positive message the Ontario Progressive Conservative Party brings.

Make no mistake - we didn't do well, but the next time, we will win.

The next few months will be interesting, but let's keep our focus.
@ 11:00 PM

Being a Liberal that support funding non-Christian denominational schools, I am disappointed at this result. This marks the end of the Hugh Segal-Patrick Boyer faction of the Progressive Conservatives. Why support a leader that did worse than Ernie Eves?

Maybe this project needs to be packaged as vouchers to make it saleable to the public. Keeps the parental choice advocates in your party happy.

To be honest, I can't separate the lack of popular support from a fall caused by the campaign.

Prior to the election campaign, the Liberals and the PC's were in a dead heat.

John Tory knew the sensibilities of rural Ontario on the faith funding issue. He ignored the rural caucus. This contentious item was buried in a 53 page platform. Yet he was prepared to force this through the legislature with a whipped vote. Not my idea of a democrat. We came out in mass to support our MPP and he won with a 6000 vote margin. That’s after the public slight by Mr. Tory which was used by other candidates against our PC MPP.
Per the Sun times…………
“Despite John Tory's poor showing, re-elected Bruce-Grey-Owen Sound MPP Bill Murdoch is sticking behind his leader.
But Murdoch blames Tory's staff for "the worst campaign I've ever seen."
He said Tory should fire his advisors.
"They wouldn't listen to anybody. They got stubborn," Murdoch said. "I've never seen (such) a bunch of doughheads in my life. It was terrible."
"I don't believe it was him. I think it was the people working for him. He got fooled. He hired bad people that didn't have a clue what goes on outside of Toronto and I don't think they knew what goes on there either," Murdoch said.
"I'll support him if he wants to be leader but his first thing should be to fire them," said Murdoch, a 17-year veteran MPP who easily held off a strong Green Party challenge, defeating Shane Jolley by some 6,000 votes. “

Contrary to what sophisticated TO voters think, we in rural Ontario aren’t Neanderthal knuckle draggers. Accommodation goes both ways. We in rural Ontario will NOT elect candidates that put the party ahead of the good of the constituency, region and Province.