Hugh Segal : A Conservative for MMP

I am a supporter of the Mixed Member Proportional electoral system and I will be voting "Yes" on October 10th.

To more actively support this, I've decided that I will contribute some time to convincing conservatives (big 'C' and small 'c' alike) of the merits in supporting the referendum. To this end, I've created a separate blog called Conservatives for MMP. 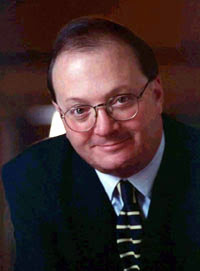 It seemed fitting to announce that today.

The next Ontario election will allow Ontarians to do as they have always done, choose their local MPP. The party who ends up with the largest numbers of MPPs is most likely to form a government. I, without being partisan here today, will be voting for Mr. Tory and the Conservatives – because Ontario cannot muddle through with mediocre leadership that costs us jobs, excess taxes, quality healthcare and reduced investment. Others here will vote Liberal or Green or NDP for their own valid reasons. That is your right – and I defend it absolutely. But out partisan choices is not why I am here.

This election, the referendum ballot we will get on election day also offers voters the opportunity to significantly modify the way future governments will be selected – the opportunity to deliver real fairness to a system that currently and effectively discards a great percentage of votes cast under the present system. As it stands today, unless a voter happens to cast his or her ballot for the candidate of the winning party in their riding, their vote is in point of fact lost. It counts for zero. In the current system, results are rarely proportional - a party’s share of seats in the legislature rarely corresponds to its share of the popular vote. This distortion causes some parties to receive more than their share of seats, while other ones receive less than their share, if at all. This detracts from the fairness and legitimacy of Ontario’s electoral system. Seldom has a majority government in Ontario been elected with a majority of voter support – this has not happened since 1937. The most glaring example of inequity occurred in September of 1990 when the New Democratic Party rose to power in Ontario, much to the surprise of everyone - including the New Democratic Party, with 37.6% of all ballots cast. They went from 19 to 74 seats – a 279% gain. And this was in an election with a 64% voter turnout. So in effect, 37% of 64% - which equals 24% of the slightly more than the 4 million people who voted, about 1 million electors - imposed an NDP majority government in Ontario – something for which some might say we are still paying!

The Citizens’ Assembly was independent of government and made up of 103 randomly-selected citizens – one from each of Ontario's electoral districts. With the Chair, 52 of the members were male and 52 were female and at least one member was Aboriginal. Members of the Assembly were selected at random by Elections Ontario from the Permanent Register of Electors for Ontario and every registered voter was eligible to participate, with the exception of elected officials. Their process was open and honest. All views were canvassed. Their recommendation was well reasoned and, largely keeps in place the geographic district representative process we have always had. The Assembly members examined Ontario’s electoral system – the system that structures how votes are combined to elect the Members of Provincial Parliament. In a nutshell, the final recommendation of the Assembly is to institute a Mixed Member Proportional system for Ontario – voters would get two votes at election time – one for their preferred local MPP and one for their preferred governing party. The result would actually reflect how people voted.

I will be cross-posting all my postings in support of MMP to this new blog, Conservatives for MMP.

Conservatives stand to gain under Mixed Member Proportional and I truly believe the move to this electoral system is the right one.