The Auditor General's Report - The Road From Here 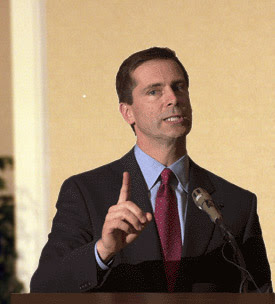 This is the third part of my look at the Auditor General's Report into the Year-end Grants Provided by the Ministry of Citizenship and Immigration [PDF]. You can find the preamble here and the review here.

Once again, I remind you of a famous quote - the best predictor of future behaviour is past behaviour. We've already looked at the past behaviour and could simply draw our conclusions from there. But, let's look at the reactions to the report and the subsequent actions taken by the Ontario Liberals.

First, the Minister at the heart of the scandal, Mike Colle, resigned. Interesting to note though is Ian Urquhart's take.

But [Mike] Colle was not a rogue minister, and he didn't find the money for the grants in the men's room of his ministry. It was given to him to distribute by the minister of finance, and [Premier Dalton] McGuinty himself participated in at least one of the ceremonies in which the cheque was presented.

Colle, then, is really a scapegoat, as Conservative Leader John Tory suggested. But he is also a team player, and he said in a statement yesterday that he was leaving cabinet lest his continued presence were to distract attention from "all the good work we are doing."

Whether his departure has the desired effect of getting the issue off the political agenda remains to be seen.

It is clear to everyone that this was not confined to the Minister of Citizenship and Immigration. The Minister resigning is not sufficient.

Secondly, one of the interesting strategies put forward by the Liberals was to go on a hunt to determine whether the money should be paid back. It's interesting because it's completely transparent as a wild goose chase meant simply to deceive Ontarians that this government cares about accountability [Toronto Star, Tory keeping pressure on Liberals over grants.

Government Services Minister Gerry Phillips has assumed [Mike] Colle's duties. McGuinty said Phillips will look at the fine print on the grants to see if the government can recover any of the money.

"I'm not going to prejudge that," the premier told reporters. "I'm waiting for the minister to get back to me with his advice."

"Fine print". What fine print? In order for there to be fine print, there has to be print.

That money went out the door with no application and no agreement for how it was to be used. What is supposed to occur when Minister Gerry Phillips goes knocking on doors to ask for the money back? I know [Globe & Mail, Cricket group's leader rebuffs call to return Ontario grant]:

The head of the Ontario Cricket Association said it should not have to return any of the $1-million grant it received from the Ontario government and, in fact, he plans to ask for more funding.

What it will do, however, is:

It is clear to everyone that the Ontario Liberals are unfit to govern.