The Auditor General's Report - The Review 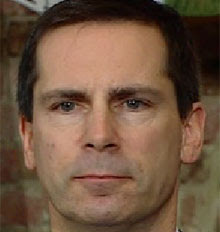 This is the second part of my look at the Auditor General's Report into the Year-end Grants Provided by the Ministry of Citizenship and Immigration [PDF]. You can find the preamble here.

Well, a lot has already been said about the contents of the report - hopefully, I won't rehash too much of it.

First, the scathing. The scathing part (I hope you recall the opening paragraph in Mr. McGuinty's letter that I previously quoted) can be found in the Auditor General's summary.

This government had no accountable, transparent, or open process while it was sending the money out the door - this was previously dismissed as baseless by the Liberals. These grants were unadvertised with no formal application process, without an audit to determine the required amounts of the grants, and without an audit to determine how the grant was to be ultimately spent.

The very fact they were unadvertised meant that deserving groups were excluded from even having a chance.

If the lack of proper process wasn't enough, the concern raised by some of the significant grants was shocking in and of itself. Here were the summaries from the report.

Now for the part of the report that I believe was misinterpreted. It was not in the Auditor General's mandate to make the determination about whether or not this was a slush fund, nor that grants were given to organizations due to alleged ties to the Ontario Liberal Party - he was not specifically asked to investigate that - he did so because of the justified outcry by the Opposition. He ruled:

[F]or a few of the grants provided, the recipient did have some kind of tie to the Ontario Liberal Party, but we found no evidence that the organization received the grant as a result of this. While a tie to a political party should not exclude an organization from being eligible for a government grant, it can create the perception of favouritism in the eyes of the public if the organization ends up obtaining a grant. Such a situation is exacerbated when the grant process is not fully transparent, as was the case with these grants.

What's also being misinterpreted is the belief that this was isolated to the Ministry of Citizenship and Immigration. From the report:

Ultimately, each individual year-end grant was reviewed and, in some cases, adjusted by the Ministry of Finance to ensure that the government’s overall policy and fiscal priorities were met.

Next up - the Auditor General's Report and where we go from here.