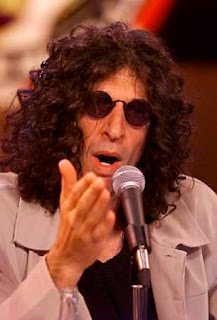 It’s true, Stern’s audience is about a third of what he commanded on terrestrial radio. Whether the majority can ever wrap their heads around paying for something they’re used to getting for free remains to be seen. It’s still early in the day for satellite radio. But any questions or criticisms surrounding Stern’s decision to move are now moot. No matter the loss, no matter the cost, the creative freedom is worth it.

Again, to echo the highfalutin, it’s not about the cuss words or the poopy talk. It’s the freedom to swear, or rather not prescreen every syllable before it’s said, that’s blown Stern's show wide open. Between the vomit fetishists and unbleeped fart jokes, real life has room to spread out and tell its story. And that’s interesting and entertaining.

The next significant anniversary is February 6, 2007 - one year that Howard Stern once again began broadcasting in Canada.