How Not to Steal a Sidekick 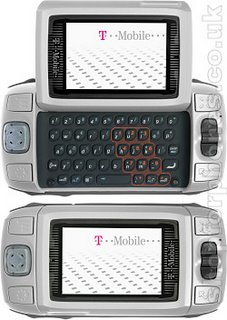 I think I'm one of the last to discover this story of cyber-vigilantism.

How NOT to steal a Sidekick II

The people in the pictures below have my friend’s T-Mobile Sidekick. Instead of doing the honorable thing when finding someone’s phone in a taxi, they instead kept it.

I have found 8 cell phones in the last couple years in taxis. EVERY single one I have contacted the owner (by leaving a message on their voice mail or by answering their phone and telling their friends that I have the phone) and returned it promptly. When people have found my phone, they have also in turn returned it.

When my friend realized that she had left the Sidekick in the taxi she asked me to immediately send a message to the phone saying that we would give a reward for the phone. There was no response. After a day of waiting, she had to go to the store and spend over $300 on a new Sidekick. When she put her SIM card in, she saw that the person(s) that had taken the phone had not only signed on to AOL leaving their name and password in the phone, but they had taken pictures of themselves.

There's entries just about every day in the quest to get this Sidekick back. You need to read the whole story, as long as it may be.