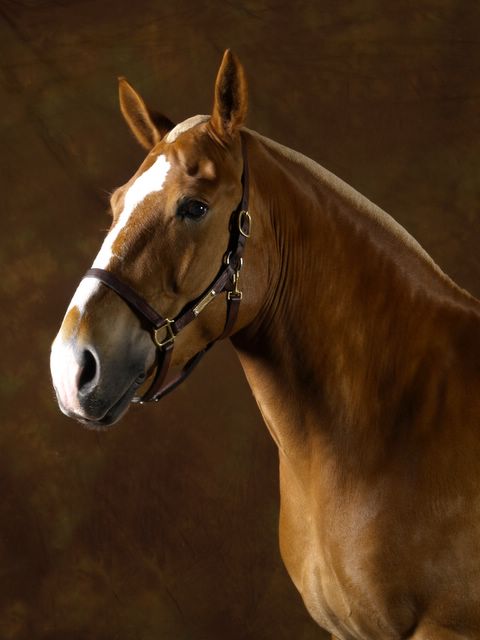 Police have arrested a man after a hit-and-run accident sent a police officer from the mounted unit to hospital and critically injuring his horse named Brigadier, leading to other officers euthanizing the horse.

Eyewitnesses say a car traveling along Lawrence Avenue struck the horse and the mounted officer, and then drove away.

The officer suffered neck, back and rib injuries, but none were considered to be life-threatening. His horse suffered a different fate.

A written statement from Toronto Police says Brigadier was "suffering from massive traumatic injuries (and was) euthanized by officers at the scene."

According to the Toronto Star and the Toronto Police, Brigadier was the first horse put down due to an injury sustained in the line of duty. The last images I saw on the news tonight were of an injured horse being held down by several officers, until presumably, the decision was made to put the horse down.

This is the second incident involving the injury of a Toronto Police horse in a week. Last Sunday, Trooper, another police horse, was attacked by two dogs, one of which was believed to be a pit bull.

Question to you, does Toronto need police officers on horses? I mean, the what-ifs suggest that had there been no horse, and say a police cruiser instead, there would have been no hit-and-run and likely no dog attack.

The details out of the media outlets seem sketchy at best of what occurred Friday night in the case of the horse being hit by a car - some say the accused deliberately targeted the officer and horse, other suggest it sped away after being pulled over.

I've seen the police horses on patrol quite often and during crowd control, and they seem very effective. The police officers are carried quickly and with agility through crowds and city streets that an officer in a car or on foot could not match. The horse's stamina and size also adds to their effectiveness in crowd control - who'd attack a horse?

[I found the picture of Brigadier at Anne's blog, A Day in the Life. There are many other pictures of Brigadier there as well.]

I don't mean to sound insensitive, but what was a mounted patrol doing out on a cold night in suburban Scarborough after dark?

It's part of a new community policing program to put more officers on the streets.

The Toronto Star reported that the mounted police officer had initiated a traffic stop on the accused at a drive-through bank machine, who sped off then did a u-turn and slammed into the horse.

I wouldn't have thought that they would have attempted a traffic stop on horseback - maybe call for a cruiser ... but, unmounted police officers wave over cars too.

I just think the guy who did this is crazy.

I did a name search on Yahoo and Google on the culprit. Looks like he is/was a real estate agent.
Other than that, I think he should have his limbs tied to 4 separate horses facing opposite directions, and I'd like to see the police officer who lost his horse shoot a gun in the air.
I'm pro-horse btw.