Ontario's Speech from the Throne ... *yawn* 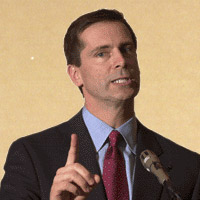 Well, the Ontario Liberal government has delivered their latest Speech from the Throne, and I thought I'd talk a bit about it, but not too much. I don't put a whole lot of stock in these speeches - they're not legislation, and by no means is a government tied to them. But, it does give you an inkling as to where the government wants to head.

The government will also work to expand that partnership into the general community, so that the public, non-profits and businesses will find it easier to play an essential supporting role for student success.

I'd like to see school trustees become a full-time paid position again. I mean, I don't think a trustee should be necessarily able to retire off of three years of service as a trustee, but I think it would be valuable to have qualified people who want to do the work of a trustee to be attracted to running for these positions.

Your government will work with medical experts to spell out the appropriate length of wait times for these procedures, how long the wait really is and just how much progress is being made when it comes to reducing wait times.

Ahem. See, I'm not so dumb. But, will these guys actually do it? I say no.

Our diversity fosters a wonderful view of the world, where there is no us and them: there is only us.

Take that! If you don't like "us", you can go with them. Whoever them are. They are. Whatever.

But it's also an economic advantage because it enables us to do business with the world.

But not with them because it's only us, and now the world. Sorry, just trying to liven it up a bit.

Your government looks forward to announcing other types of service that will be delivered with a money-back guarantee.

In Ontario, and with my experience, it takes 6 months to register a birth and once that's completed, then you can apply for a birth certificate which takes another eon or so. And then, after that, you can finally apply to get a social insurance number - without which, you can't get an RESP, a bank account, or a passport for the child.

If I walk into a bank branch, I can open a bank account and have a fully working ATM card within a week. Some banks will even issue me a temporary card in the meantime. How about, we deliver to hospitals a stack of temporary birth certificates, to be authorized by hospital staff and submitted to the government for immediate processing. Within say 15 days of the submission of the paperwork, that birth certificate is issued. Not the birth registration, but an actual birth certificate.

Offer the money back guarantee on nice-to-have things - fishing licenses, hunting licenses, boating licenses, camping fee, etc. A birth certificate should outrank all these things as it's a required documentation. No gimmicks please.

All-in-all, nothing great, nothing earth-shattering, and certainly dull. It doesn't attempt to address the problems that I see with this government - it doesn't attempt to explain how we've improved since they've come to office. Why do we have private P3 hospitals which they told us were so bad? Why do we have a new health tax? Why do we have everything that he promised to get rid of? How is Ontario better now than it was before the Liberals came along? Nothing. And, what happened to the commitment to remove faith-based arbitrations - why isn't that here? Nothing, again.

Here is some other reactions to the throne speech.

Updated (second time): I had originally included a note that I had intended the "firing of a random bureaucrat" to be a joke, and was in the process of footnoting the comments about the "us" and "them" because I found the wording funny. McGuinty said "it's not us and them, it's just us." I thought that sounded funny - that was a joke, too - I'm allowed a partisan pick now and again. Anyways, I've removed the embedded "update" because some people just didn't get it, but I don't care if they do or not.